Hotel Hollywood is located in the center of Ilidža, the green oasis of Sarajevo, near Sarajevo International Airport, next to the city’s main traffic terminal.

Rooms and suites (466 units) rated with four and five stars; superior and deluxe. The rooms and apartment are spacious, decorated and equipped according to the highest European standards. All rooms are equipped with king-sized beds, satellite TV and local TV programs, direct telephone line and wireless Internet connection, mini bar, bathrooms, hair dryer, safe and other amenities. All rooms are air-conditioned, Wi-Fi is available. 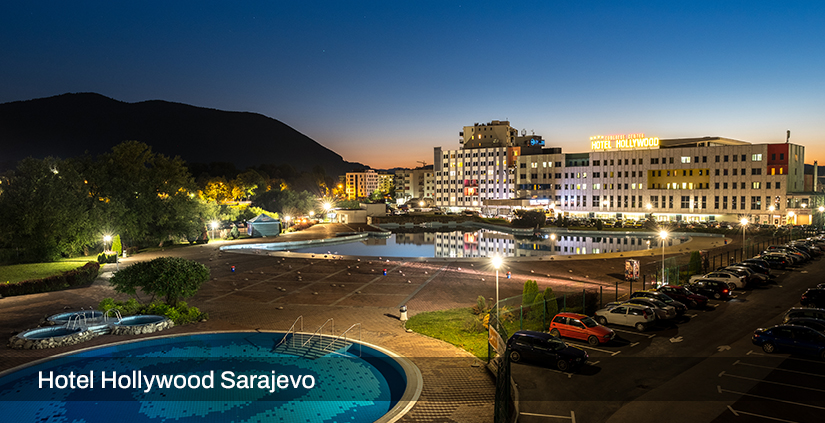 Hotel Hills, Thermal & Spa Resort Sarajevo is located in the center of the green oasis of Sarajevo, Ilidža. Hotel Hills, Thermal & Spa Resort Sarajevo has 330 rooms and suites, a multipurpose congress center with modern conference technology, a Wellness, Spa & Fitness center, indoor and outdoor pools, an adrenaline park for children and adults on an impressive 2200 square meters, a restaurant with international and national cuisine, and an attractive panoramic restaurant and lounge bar on the roof of the hotel with a beautiful panoramic view of the green surroundings of the hotel and the city of Sarajevo. Sky bar is open only for organized corporate parties, weddings, birthday parties, etc. 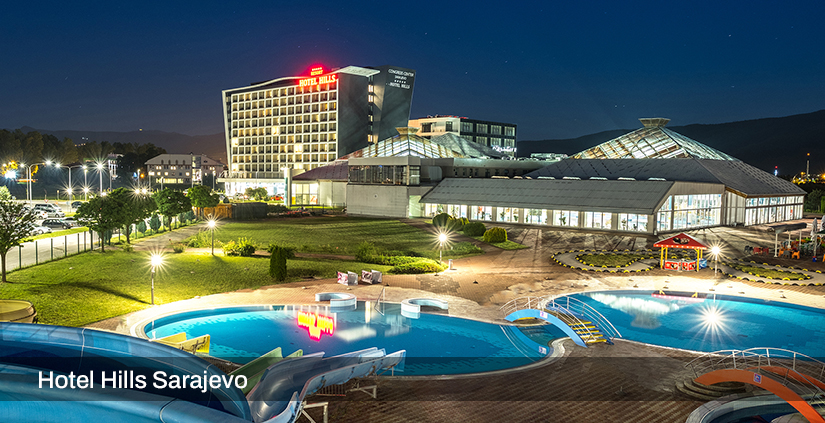 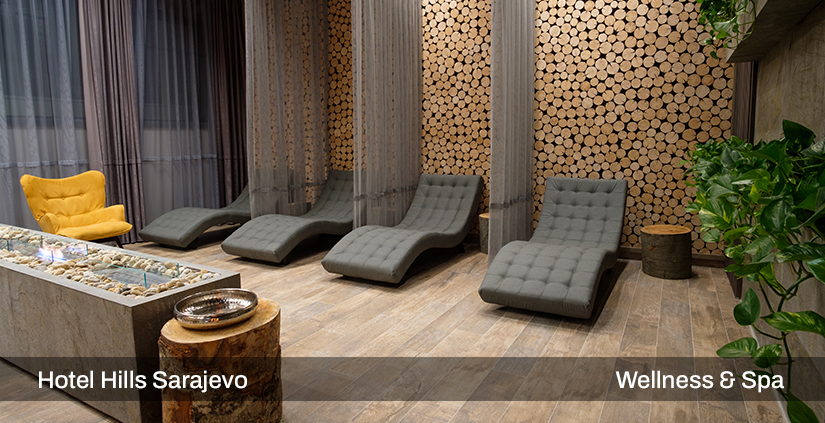 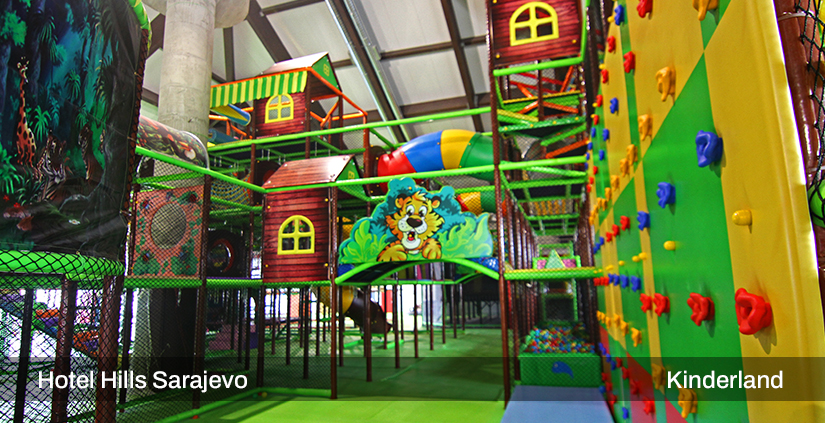 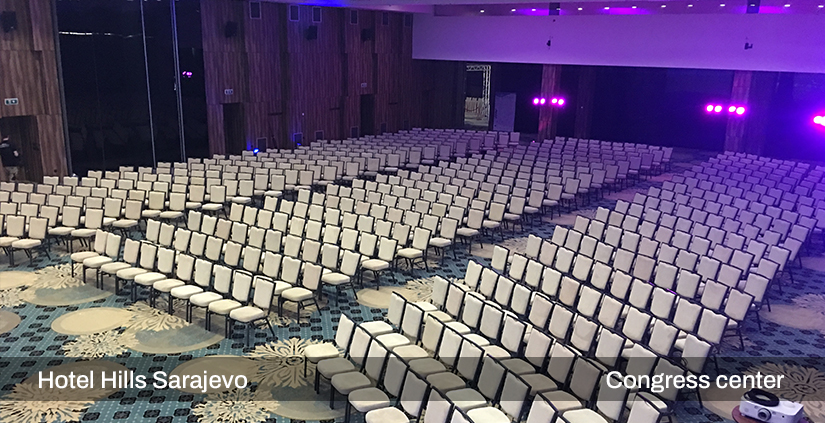